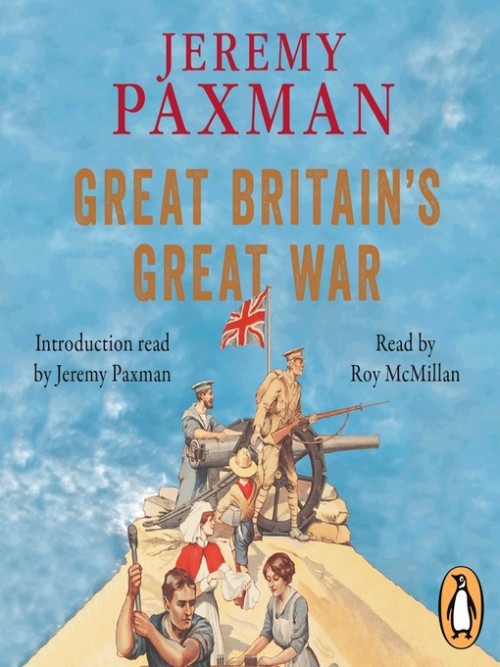 
We may think we know about it, but what was life really like for the British people during the First World War? The well-known images - the pointing finger of Lord Kitchener; a Tommy buried in the mud of the Western Front; the memorial poppies of remembrance day - all reinforce the idea that it was a pointless waste of life. So why did the British fight it so willingly and how did the country endure it for so long? Using a wealth of first-hand source material, Jeremy Paxman brings vividly to life the day-to-day experience of the British over the entire course of the war, from politicians, newspapermen, campaigners and Generals, to Tommies, factory workers, nurses, wives and children, capturing the whole mood and morale of the nation. It reveals that life and identity in Britain were often dramatically different from our own, and show how both were utterly transformed - not always for the worst - by the enormous upheaval of the war.

Jeremy Paxman is Britain's bravest, most incisive political interviewer. The no-nonsense star of BBC Newsnight, Paxman is a supreme inquisitor, a master at skewering mammoth egos with his relentless grilling. Few figures in public life have escaped. From John Major to Theresa May, from Tony Blair to Ed Miliband, Paxman had them quaking in their boo...