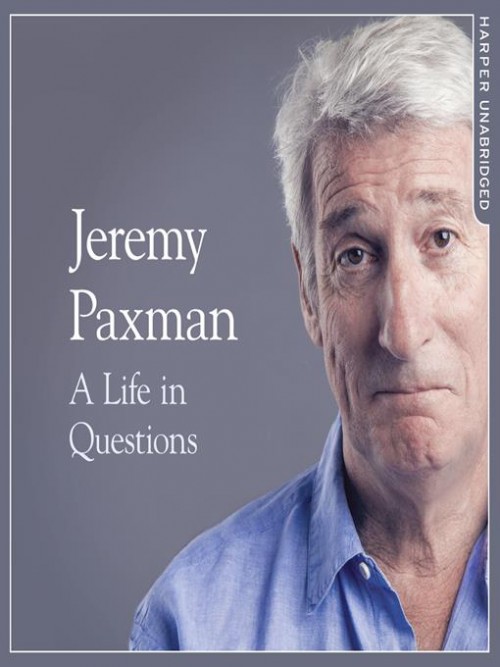 
Jeremy Paxman is Britain's bravest, most incisive political interviewer. The no-nonsense star of BBC Newsnight, Paxman is a supreme inquisitor, a master at skewering mammoth egos with his relentless grilling. Few figures in public life have escaped. From John Major to Theresa May, from Tony Blair to Ed Miliband, Paxman had them quaking in their boots. His working life has been defined by questions. 'Why is this lying bastard lying to me?' was at the front of his mind as he conducted every interview. He discussed belief with religious leaders and philosophers, economics with CEOs and bankers, books with writers and art and theatre with artists. After 22 years on University Challenge, Paxman is also the longest-serving active quizmaster on British television. Now, in these long-awaited memoirs, he spills the beans behind four decades in front of the camera. He offers reflections and stories from a career that has taken him as a reporter to many of the world's war zones and trouble spots Central America, Beirut, Belfast, to the studios of Tonight, Panorama, Breakfast Time, the Six O'clock News. Filled with candid stories about the great, the good and the rotters that have crossed his path, his memoirs are as magnetic to read as Paxman is to watch.

We may think we know about it, but what was life really like for the British people during the First World War? The well-known images - the pointing finger of Lord Kitchener; a Tommy buried in the mud of the Western Front; the memorial poppies of remembrance day - all reinforce the idea that it was a pointless waste of life. So why did the British...

What is it about the English? Not the British, Scots, Irish or Welsh, but the English? Why do they seem so unsure of who they are? As Jeremy Paxman remarks, being English used to be so easy. Now, with the Empire gone, with devolution, with an ever closer Europe, the English seem to have entered a collective crisis of national identity.