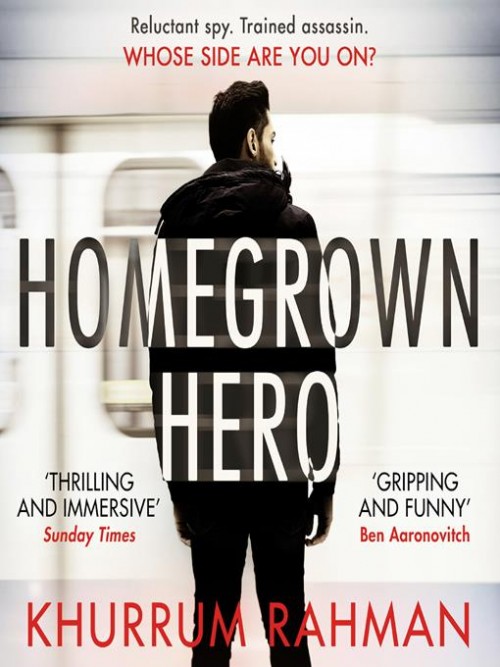 
After preventing the most devastating terrorist attack in recent history, Jay Qasim is back home in West London. And, despite invitations to go back undercover, all he wants is a quiet life. He’s got a job in a call centre, has blocked MI5’s number and has put his brief career as an undercover jihadist behind him. But the game is far from over. And Jay’s about to learn that - no matter how hard he tries - it’s going to be hard to keep his head down now there’s a price on it. Whip-smart, laugh-out-loud and fiendishly addictive, Homegrown Hero is the second in a series of thrillers starring Jay Qasim: West London’s most reluctant hero.

Meet Jay. Small-time dealer. Accidental jihadist. The one man who can save us all? Javid - call him Jay - is a dope dealer living in West London. He goes to mosque on Friday, and he's just bought his pride and joy - a BMW. He lives with his mum, and life seems sweet. But his world is about to turn upside-down. Because MI5 have been watching him, an...

JAY QASIM is finally out of the game and trying to lay low. But then he gets news that rocks his world and drags up everything that he thought he&rsquo;d left behind. Jay must break his vow never to work with MI5 again and turn to the person who sold him out. But this time he&rsquo;s determined to do it on his terms. IMRAN SIDDIQUI once tried to ki...