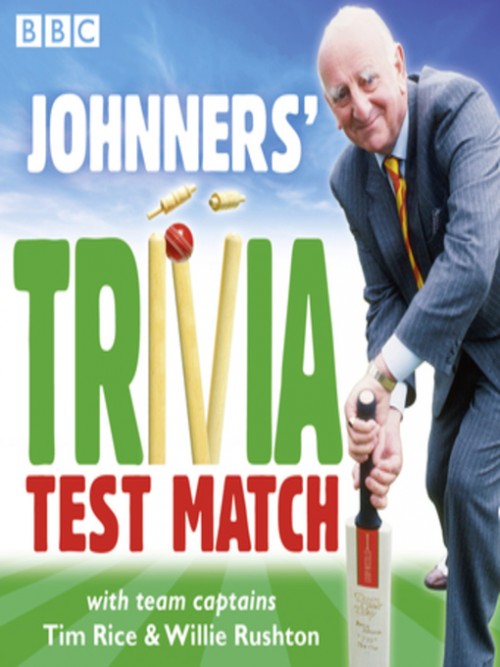 
Brian Johnston - aka "Johnners" - the BBC's long-time cricket commentator, is the umpire in this test of wit and general knowledge, as two teams try to score the highest number of runs under his watchful eye. In these four episodes, team captains Tim Rice and Willie Rushton are joined by Stephen Fry, Paul Merton, Tim Brooke-Taylor, Barry Cryer, Bill Tidy, Caroline Quentin, Bernard Cribbins and Robin Bailey. But which questions will they go for? The easier "single" worth just one run? Or will they try the harder question and attempt a "boundary" (four runs)? Can the batting team reach six questions (an "over") before the other team gets a go? And there's every chance that calls of "Howzat!" or "Bouncer!" can interrupt play... With questions that include trivia and unusual facts, hear the stumps fly and the wickets fall in these four wonderful episodes. Brian Johnston, Tim Rice & Willie Rushton feature in four classic episodes of the general knowledge quiz based on the rules of cricket.

Barry Johnston presents a retrospective of his father's career as a much-loved BBC broadcaster. Jovial Johnners was the doyen of cricket commentators, as well as a consumer of chocolate cake, a reporter, presenter, quizmaster and much-loved voice at State occasions. For nearly 50 years the ever-affable, always enthusiastic Brian Johnston brought wa...

A compelation of cricketing moments including the letter from William H Tit, the streakers commentaries "cheeky performance and waving her flag and other things", the chocolate cake mouthfuls, Johnners numerous scoring mix ups, the resemblance between Fred Truemand and a turnip, cricket for the blind, Jim'll Fix it voiceover, Ned Sherrin interviewi...