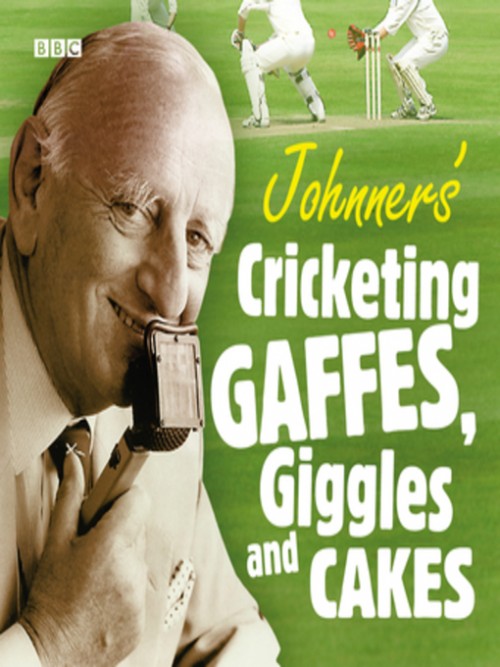 
A compelation of cricketing moments including the letter from William H Tit, the streakers commentaries "cheeky performance and waving her flag and other things", the chocolate cake mouthfuls, Johnners numerous scoring mix ups, the resemblance between Fred Truemand and a turnip, cricket for the blind, Jim'll Fix it voiceover, Ned Sherrin interviewing Johnners on his last Test Match, the Parrot impersonation, John Cleese and John Major admitting he stopped cabinet meetings to get the test match results. Also included will be full length gaffes and giggles from the archive with extensive interviews with the likes of Peter O'Toole, Michael Bentine, even more Fawlty Towers insights from John Cleese, Johnner's appearance on Quote Unquote and his version of the famous "the bowler's Holding, the batman's Willie", Down Yoour Way with Dennis Compton, Test Match Trivia quiz archive material and much much more even the notorious Johnners Ashes comedy song! Barry Johnston, son of Johnners and producer of the Wit of Cricket series, is to produce the cd and link the incidents!

'England invented football, codified it, became champions of the world in 1966 but humiliatingly then forgot how to play the greatest game of all. England took their eye off a ball they arrogantly thought they owned, allowing other nations to run off with it.' It has been Fifty Years of Hurt since Bobby Moore lifted the World Cup trophy at Wembl...

Barry Johnston presents a retrospective of his father's career as a much-loved BBC broadcaster. Jovial Johnners was the doyen of cricket commentators, as well as a consumer of chocolate cake, a reporter, presenter, quizmaster and much-loved voice at State occasions. For nearly 50 years the ever-affable, always enthusiastic Brian Johnston brought wa...

Brian Johnston - aka "Johnners" - the BBC's long-time cricket commentator, is the umpire in this test of wit and general knowledge, as two teams try to score the highest number of runs under his watchful eye. In these four episodes, team captains Tim Rice and Willie Rushton are joined by Stephen Fry, Paul Merton, Tim Brooke-Taylor, Barry Cryer, Bil...