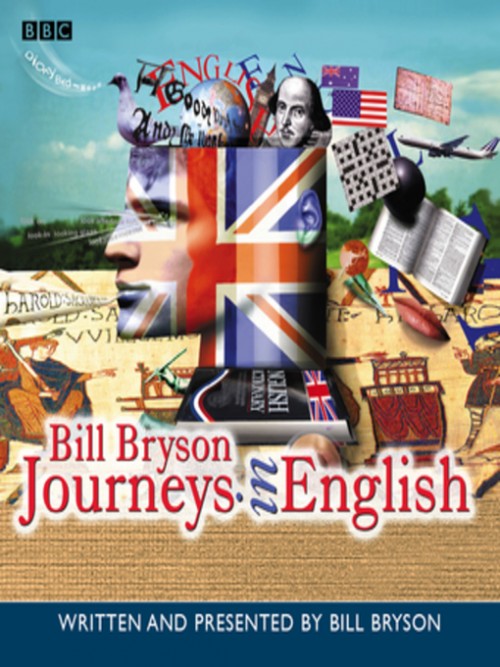 
BILL BRYSON presents a fascinating exploration of THE HISTORY OF THE ENGLISH LANGUAGE. This highly entertaining BBC Radio 4 series is written and presented by Bill Bryson and based on his bestselling book, Mother Tongue. In it he romps through the history of Britain to reveal how English became such an infuriatingly complex - but ultimately world-beating - language. But why English? Why don't we speak Gallic, or any other of the European languages? According to Bryson, it's down to the remarkable ability for the English language to assimilate other vocabularies, to adapt and - above all - to survive. From the old English words that are still in everyday use, such as `eat', `drink', `man' and `wife', to the current hybrid language of the 21st century with its many diverse dialects, Bryson, in his unique and ever-affable style, guides us through the development of English into a rich and expressive language. Bryson explains how English has been shaped through invasion and conquest, as well as the rules that brought order to a disorderly language, the million and one ways to have fun with the English language, and the struggle with phrasal verbs (including the way things often get lost in the translation). And finally, he contemplates the future of English. Does Estuary English really Rule OK?

Bill Bryson drove 14,000 miles in search of the mythical small town of his youth. Instead he found a lookalike strip of gas stations, motels and hamburger joints; a continent lost to itself through greed, pollution and television, and lost to him because he had become a foreigner in his own country. A funny and analytical view of smalltown America.

Bill Bryson turns his roving eye to Australia, the only island that is also a continent and the only continent that is also a country. He tries to find out why Aussies are so cool, digging up a past that reveals convicts, explorers, gold diggers and outlaws.

Twenty years ago, Bill Bryson went on a trip around Britain to celebrate the green and kindly island that had become his adopted country. The hilarious book that resulted, Notes from a Small Island, was taken to the nation's heart and became the bestselling travel book ever, and was also voted in a BBC poll the book that best represents Britain.Now...

Notes From A Small Island

Notes From A Small Island

After nearly two decades in Britain, Bill Bryson took the decision to move back to the USA. Before leaving his much-loved home in North Yorkshire, he took one last trip around the UK, and turns an affectionate but laconic eye on his adopted country.

The Life and Times of the Thunderbolt Kid: A Memoir

The Life and Times of the Thunderbolt Kid: A Memoir

Some say that the first hint that Bill Bryson was not of Planet Earth came when his mother sent him to school in lime-green Capri pants. Others think it all started with his discovery, at the age of six, of a woollen jersey of rare fineness. Across the moth-holed chest was a golden thunderbolt. It may have looked like an old college football sweate...

After nearly two decades in England, Bill Bryson returned to live in the country he had left as a youth. Of course there were things that Bryson missed about Blighty, but any sense of loss was countered by the joy of rediscovering some of the forgotten treasures of his childhood. Gathered here are 18 months' worth of musings about the strangest of...

What does history really consist of? Centuries of people quietly going about their daily business - sleeping, eating, having sex, endeavouring to get comfortable. And where did all these normal activities take place? At home. This was the thought that inspired Bill Bryson to start a journey around the rooms of his own house, an 1851 Norfolk rec...

Bill Bryson's quest to understand everything that has transpired from the Big Bang to the rise of civilisation. His challenge is to take subjects like geology, chemistry, astronomy and particle physics and to render them comprehensible to people who thought they could never be interested in science. In the company of some extraordinary scientists,...