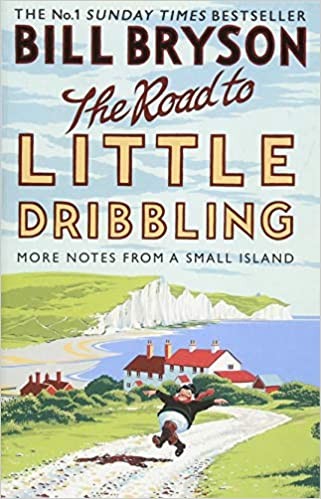 
Twenty years ago, Bill Bryson went on a trip around Britain to celebrate the green and kindly island that had become his adopted country. The hilarious book that resulted, Notes from a Small Island, was taken to the nation's heart and became the bestselling travel book ever, and was also voted in a BBC poll the book that best represents Britain.Now, to mark the twentieth anniversary of that modern classic, Bryson makes a brand-new journey round Britain to see what has changed. Following (but not too closely) a route he dubs the Bryson Line, from Bognor Regis to Cape Wrath, by way of places that many people never get to at all, Bryson sets out to rediscover the wondrously beautiful, magnificently eccentric, endearingly unique country that he thought he knew but doesn't altogether recognize any more. Yet, despite Britain's occasional failings and more or less eternal bewilderments, Bill Bryson is still pleased to call our rainy island home. And not just because of the cream teas, a noble history, and an extra day off at Christmas. Once again, with his matchless homing instinct for the funniest and quirkiest, his unerring eye for the idiotic, the endearing, the ridiculous and the scandalous, Bryson gives us an acute and perceptive insight into all that is best and worst about Britain today.

One summer, Simon Armitage decided to walk the Pennine Way - a challenging 256-mile route usually approached from south to north, with the sun, wind and rain at your back. However, he resolved to tackle it back to front, walking home towards the Yorkshire village where he was born, travelling as a 'modern troubadour', without a penny in his pockets...

After nearly two decades in England, Bill Bryson returned to live in the country he had left as a youth. Of course there were things that Bryson missed about Blighty, but any sense of loss was countered by the joy of rediscovering some of the forgotten treasures of his childhood. Gathered here are 18 months' worth of musings about the strangest of...

Bill Bryson's quest to understand everything that has transpired from the Big Bang to the rise of civilisation. His challenge is to take subjects like geology, chemistry, astronomy and particle physics and to render them comprehensible to people who thought they could never be interested in science. In the company of some extraordinary scientists,...

What does history really consist of? Centuries of people quietly going about their daily business - sleeping, eating, having sex, endeavouring to get comfortable. And where did all these normal activities take place? At home. This was the thought that inspired Bill Bryson to start a journey around the rooms of his own house, an 1851 Norfolk rectory...