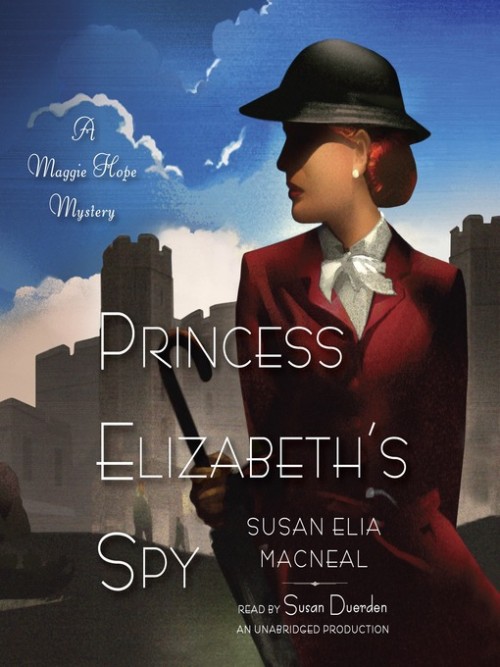 
As World War II sweeps the continent and England steels itself against German attack, Maggie Hope, former secretary to Prime Minister Winston Churchill, completes her training to become a spy for MI-5. Spirited, strong-willed, and possessing one of the sharpest minds in government for mathematics and code-breaking, she fully expects to be sent abroad to gather intelligence for the British front. Instead, to her great disappointment, she is dispatched to go undercover at Windsor Castle, where she will tutor the young Princess Elizabeth in math. Yet castle life quickly proves more dangerous-and deadly-than Maggie ever expected. The upstairs-downstairs world at Windsor is thrown into disarray by a shocking murder, which draws Maggie into a vast conspiracy that places the entire royal family in peril. And as she races to save England from a most disturbing fate, Maggie realizes that a quick wit is her best defense, and that the smallest clues can unravel the biggest secrets, even within her own family.

Spy and code-breaker extraordinaire Maggie Hope returns to war-weary London, where she is thrust into the dangerous hunt for a monster, as the New York Times bestselling mystery series for fans of Jacqueline Winspear, Charles Todd, and Anne Perry continues. England, 1942. The Nazis' relentless Blitz may have paused, but London's nightly blackouts c...

World War II rages on across Europe, but Maggie Hope has finally found a moment of rest on the pastoral coast of western Scotland. Home from an undercover mission in Berlin, she settles down to teach at her old spy training camp, and to heal from scars on both her body and heart. Yet instead of enjoying the quieter pace of life, Maggie is quickly d...

World War II has finally come home to Britain, but it takes more than nightly air raids to rattle intrepid spy and expert code breaker Maggie Hope. After serving as a secret agent to protect Princess Elizabeth at Windsor Castle, Maggie is now an elite member of the Special Operations Executive-a black ops organization designed to aid the British ef...