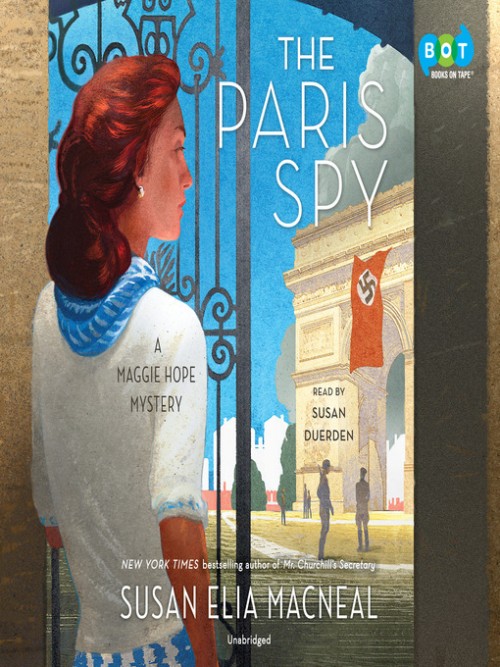 
Maggie Hope has come a long way since serving as a typist for Winston Churchill. Now she's working undercover for the Special Operations Executive in the elegant but eerily silent city of Paris, where SS officers prowl the streets in their Mercedes and the Ritz is draped with swastika banners. Walking among the enemy is tense and terrifying, and even though she's disguised in chic Chanel, Maggie can't help longing for home. But her missions come first. Maggie's half sister, Elise, has disappeared after being saved from a concentration camp, and Maggie is desperate to find her-that is, if Elise even wants to be found. Equally urgent, Churchill is planning the Allied invasion of France, and SOE agent Erica Calvert has been captured, the whereabouts of her vital research regarding Normandy unknown. Maggie must risk her life to penetrate powerful circles and employ all her talents for deception and spycraft to root out a traitor, find her sister, and locate the reports crucial to planning D-Day in a deadly game of wits with the Nazi intelligence elite.

World War II rages on across Europe, but Maggie Hope has finally found a moment of rest on the pastoral coast of western Scotland. Home from an undercover mission in Berlin, she settles down to teach at her old spy training camp, and to heal from scars on both her body and heart. Yet instead of enjoying the quieter pace of life, Maggie is quickly d...

Spy and code-breaker extraordinaire Maggie Hope returns to war-weary London, where she is thrust into the dangerous hunt for a monster, as the New York Times bestselling mystery series for fans of Jacqueline Winspear, Charles Todd, and Anne Perry continues. England, 1942. The Nazis' relentless Blitz may have paused, but London's nightly blackouts c...

World War II has finally come home to Britain, but it takes more than nightly air raids to rattle intrepid spy and expert code breaker Maggie Hope. After serving as a secret agent to protect Princess Elizabeth at Windsor Castle, Maggie is now an elite member of the Special Operations Executive-a black ops organization designed to aid the British ef...