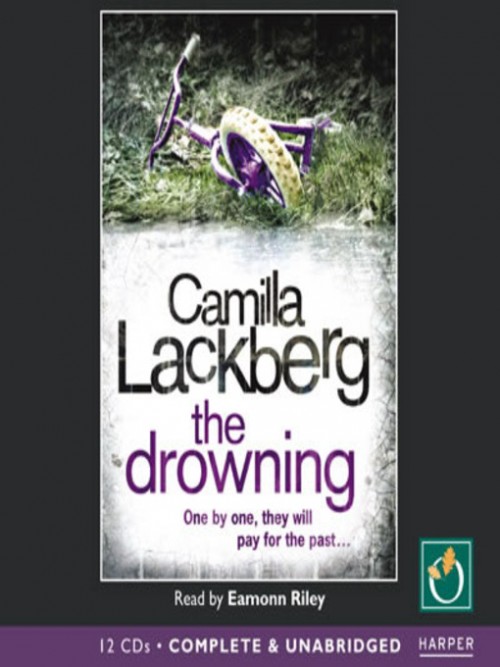 
Christian Thydell has been receiving anonymous threats since he began writing his novel The Mermaid. When one message, secreted within a bouquet of flowers, causes him to collapse at the launch party, crime writer Erica Falck is compelled to investigate. Erica's husband detective Patrik Hedstrom, meanwhile, is puzzled by the disappearance of Christian's friend Magnus Kjellner four months previously. When a body is found frozen in the sea near Fjallbacka, he has a murder enquiry on his hands.

A woman is found dead, apparently the victim of a tragic car crash. It's the first in a spate of seemingly inexplicable accidents in Tanumshede and marks the end of a quiet winter for detective Patrik Hedstrom. A reality TV show is being shot in the town and when a drunken party ends with a particularly unpopular contestant's murder, the cast and c...

Crime writer Erica Falck is shocked to discover a Nazi medal among her late mother's possessions. Haunted by a childhood of neglect, she resolves to dig into her family's past to discover why. Her enquiries lead her to a retired history teacher, but her questions are met with evasive answers. Two days later he meets a violent death. Detective Patri...

Returning to her hometown after the funeral of her parents, writer Erica Falck finds a community on the brink of tragedy. The death of her childhood friend, Alex, is just the beginning. Her wrists slashed, her body frozen in an ice cold bath, it seems that she has taken her own life. Erica conceives a memoir about the beautiful but remote Alex, one...

A young woman jumps in her car and flees to the only safe haven she knows: the island of Graskar off the coast of Fjallbacka ... Meanwhile, Detective Patrik Hedstrom begins an investigation into the murder of a man in his home.The victim, Mats Sverin, the council's financial director. But when Patrik and his team start digging into the dead man's l...

January, Fj&bdquo;llbacka. A seminaked girl wanders through the woods in freezing cold weather. When she finally reaches the road, a car comes out of nowhere. It doesn't manage to stop. By the time Detective Patrik Hedstr&rdquo;m receives word of the accident, the girl has already been identified. Four months ago she disappeared on her way home fro...

The remote resort of Fjallbacka has seen its share of tragedy, though perhaps none worse than that of the little girl found in a fisherman's net. But the post-mortem reveals that this is no accidental drowning. Local detective Patrik Hedstrom has just become a father. It is his grim task to discover who could be behind the methodical murder of a ch...