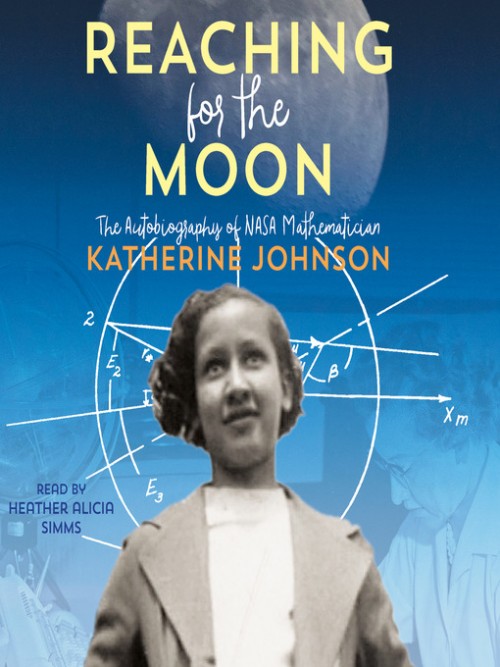 
The inspiring autobiography of NASA mathematician Katherine Johnson, who helped launch Apollo 11. As a young girl, Katherine Johnson showed an exceptional aptitude for math. In school she quickly skipped ahead several grades and was soon studying complex equations with the support of a professor who saw great promise in her. But ability and opportunity did not always go hand in hand. As an African American and a girl growing up in an era of brutal racism and sexism, Katherine faced daily challenges. Still, she lived her life with her father's words in mind: "You are no better than anyone else, and nobody else is better than you." In the early 1950s, Katherine was thrilled to join the organization that would become NASA. She worked on many of NASA's biggest projects including the Apollo 11 mission that landed the first men on the moon. Katherine Johnson's story was made famous in the bestselling book and Oscar-nominated film Hidden Figures. Now in Reaching for the Moon she tells her own story for the first time, in a lively autobiography that will inspire young readers everywhere.

You Wouldn't Want To Live Without Bees!

You Wouldn't Want To Live Without Bees!

What would happen if there were no bees in this world? It would be a disaster! Without bees, we would, of course, have no honey. But we'd also lose a lot of other foods and useful products like cotton produced by plants that bees pollinate. Around half the fruit and vegetables in our supermarkets would disappear! Not only that, we would also lose t...