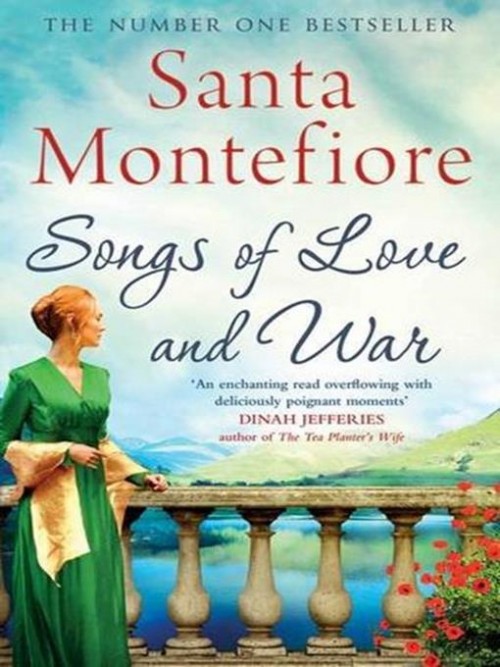 The Deverill Chronicles Book 1: Songs of Love and War


Set in the ruggedly wild countryside of West Cork, Ireland, in the early part of the twentieth century, Songs of Love and War is an epic tale of three very different women all born in the year 1900: Kitty Deverill, the flame-haired Anglo-Irish daughter of the castle, Bridie Doyle, the daughter of the cook and Celia Deverill, Kitty's flamboyant English cousin. These three closely bonded girls enjoy a rare idyll in the dreamy grounds of the family's grand estate, Castle Deverill. Yet their peaceful way of life is threatened when Ireland's struggle for independence reaches their isolated part of the country and shapes them in ways they could never have imagined. A bastion of British supremacy, the castle itself is in danger of destruction as the war closes in around it, and Kitty, in love with the rebel Jack O'Leary and inflamed by her own sense of patriotism, is torn between loyalty to her Anglo-Irish family and her deep love of Ireland and Jack. Wrenched apart by betrayal, their world turned to ash, the girls' friendship seems all but lost as they are swept to different parts of the globe. Yet, they have one thing in common: a fierce and unwavering longing for Castle Deverill and all the memories contained within it.

Santa Montefiore's involving and dramatic novel The Butterfly Box opens in Vina del Mar, Chile, in the sweltering Summer of 1982. Frederica Campione adores her father. When he gives her a magical box from Peru she believes he will always be there for her. Yet, when her parents' marriage falls apart, she is forced to move to Cornwall with her mother...

Gianluca has to admit his life is empty so, in search of serenity and a deeper purpose to his existence, he flees to Italy, to the magical Palazzo Montelimone, lovingly restored by his parents, to assess his future. But life on the sun-drenched Amalfi coast is not as peaceful as Luca anticipates. The palazzo is filled with his mother's eccentric fr...

The Swallow and the Hummingbird

The Swallow and the Hummingbird

The war has ended and Rita Fairweather is waiting for George Bolton, her childhood sweetheart, to return home to Devon. She wants their future to be a continuing reassurance of their past. But George comes back as a man changed by the horrors he has experienced. Unable to settle back into a small-town life, George decides to travel to Argentina. An...

Secrets of the Lighthouse

Secrets of the Lighthouse

Ellen Trawton is running away from it all-literally. She's getting married to a man she doesn't love, her job is depressing and her mother is getting on her nerves. So she escapes to the one place she knows her mother won't follow her-her aunt's house in rural Ireland. Once there, she uncovers a dark family secret-and a future she never knew she mi...

England, 1932: Grace Hamblin, the beekeeper's daughter, knows her place and her future, until her father dies. She's alone, except for one man who she just can't shake from her thoughts. Massachusetts, 1973: Grace's daughter Trixie Valentine is in love. But when he has to go home to England, he promises to come back, if she will wait for him. Both...

The House By the Sea

The House By the Sea

Ten-year-old Floriana is captivated by the beauty of the magnificent Tuscan villa just outside her small village, and dreams of living there someday. When Dante, the son of the villa's owner, invites her inside, she knows that her destiny is there, with him. But as they grow up they cross an unseen line, jeopardizing the very thing they hold most d...

The Deverill Chronicles Book 3: The Last Secret of the Deverills

The Deverill Chronicles Book 3: The Last Secret of the Deverills

The dramatic conclusion to the bestselling Deverill Chronicles. It is 1939, and peace has flourished since the Great War ended. Martha Wallace came to Dublin from her home in America to find her birth mother. But instead she has lost her heart to the impossibly charming JP Deverill. Bridie Doyle, now mistress of Castle Deverill, is determined to ma...

Bestselling children's book writer Angelica is amused and flattered at the attention of Jack, the owner of a vineyard in South Africa, whom she meets at a dinner party. With his easy charm and reputation as a ladies' man, Jack makes her feel good about herself-surely it can't do any harm to indulge in a mild email flirtation?

It is 1925 and the war is long over. But much has been lost and life will never truly be the same again. Castle Deverill, cherished home to the Deverill family in the west of Ireland for hundreds of years, has burned to the ground. But young and flighty Celia Deverill is determined to restore the sad ruin to its former glory. Celia married well and...

The Temptation of Gracie

The Temptation of Gracie

Gracie Burton is a grandmother living quietly in Devon. She has rarely left the village over the past 40 years. Her daughter, Carina, is immensely high-powered, with her own fast-paced business in London. She has very little time for her 17-year-old daughter, Anastasia, away at boarding school, and even less time for her ageing mother. In many ways...