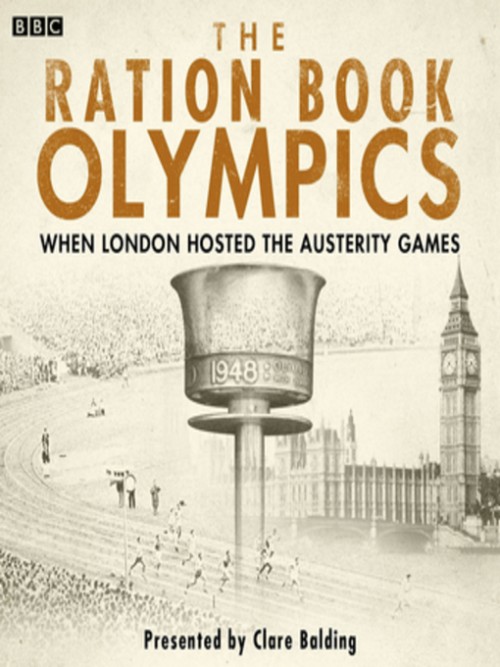 
Clare Balding looks back at the last time that the Olympic Games came to London in 1948. Three years after the end of the Second World War, Britain was still gripped by austerity. Rationing was still in force, severe bomb damage was still much in evidence and no new sports facilities could be built. Visiting athletes were put up in schools and RAF camps. Yet the Games were a resounding success and actually made a profit. Clare Balding meets athletes who competed in 1948, including cyclist Tommy Godwin, who won two bronze medals, and Dorothy Manley, who won silver in the athletics. She also talks to Roger Bannister who saved the day for the British team in the opening ceremony. The programme also includes fascinating voices from the archives, including Dutch sprinter Fanny Blankers-Koen, who won four gold medals.

My Animals and Other Family

My Animals and Other Family

Clare Balding grew up in a rather unusual household. Her father a champion trainer, she shared her life with more than 100 thoroughbred racehorses, mares, foals and ponies, as well as an ever-present pack of boxers and lurchers. As a toddler she would happily ride the legendary Mill Reef and take breakfast with the Queen. She and her younger broth...

Walking Home: My Family and Other Rambles

Walking Home: My Family and Other Rambles

Clare Balding is on a mission to discover Britain and Ireland. She's conquered over 1,500 miles of footpaths, from the Pennine Way to the South-west Coast Path. As well as blisters and a twisted ankle, she's walked with extraordinary people - botanists, barefooted ramblers, whisky-drinking widowers... In Walking Home she shares these stories and te...

Penguin presents the audio download edition of The Racehorse Who Disappeared written and read by Clare Balding. Life is slowly getting back to normal for Charlie after her reluctant racehorse, Noble Warrior, won the Derby and saved her family from financial ruin. But drama soon returns to Folly Farm when thieves break into the farmyard in the dead...