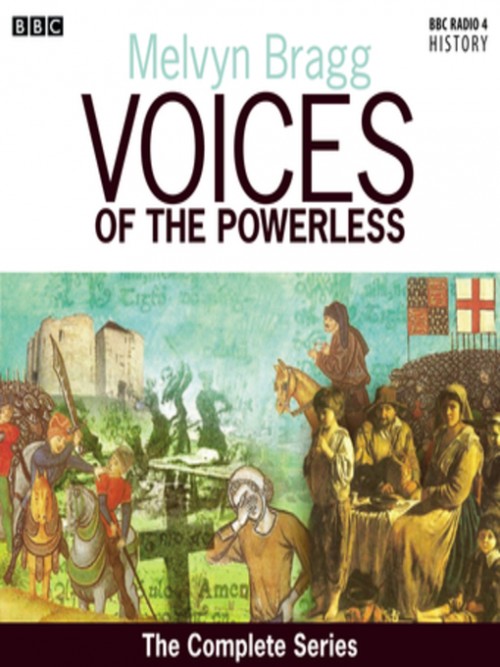 
Melvyn Bragg follows his long historical exploration of the Routes of English with Voices of the Powerless, the BBC Radio 4 series in which he explores the lives of the ordinary working men and women of Britain at critical moments across the last 1,000 years. The Norman Conquest is his starting point, a time when William the Conqueror's 'harrying of the North' affected the poor apprentice, the lowly ploughman and the humble shepherd. He goes on to look at the Peasants' Revolt in 1381 (inspired by a hated Poll Tax) and the religious changes brought about by Henry VIII's Reformation. The so-called 'Plantation' of Ulster, the Siege of Chester, and the plague which ravaged Salisbury in 1627 are later stopping-off points in Bragg's journey, which also finds him traversing the country and speaking to historians and experts about the life of the ordinary citizen in each period. First broadcast in 2002, this Complete First Series contains all six episodes of Series One: Castles and Cruelty, The Peasants' Revolt, The Reformation, The Plantation of Ireland in the Counties of Armagh and Tyrone, The English Civil War and the Siege of Chester and Boils and Buboes. Guidance: due to the archive nature of the recording the sound quality may vary.

Melvyn visits Brixton to discover the most imitated, influential form of spoken English today. It's a dialect determined not by geography or profession, but by age, fashion and aspiration. Pulsing through music culture, spread by television and radio, it can be found throughout the UK. Sometimes subversive, often secretive, it is arguably the most...