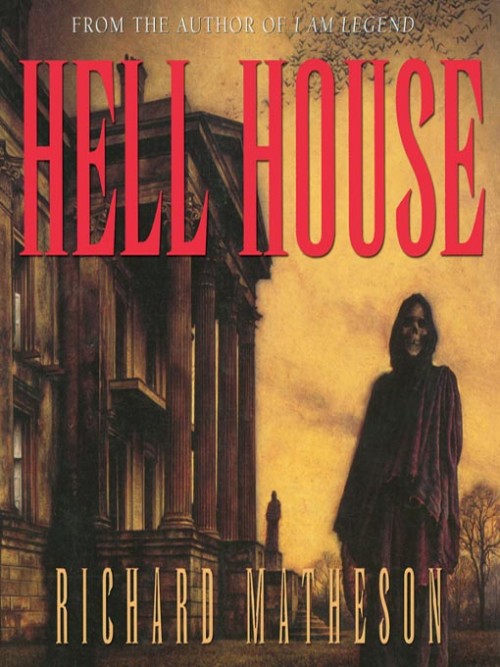 
For over twenty years, Belasco House has stood empty. Regarded as the Mt. Everest of haunted houses, its shadowed walls have witnessed scenes of unimaginable horror and depravity. All previous attempts to probe its mysteries have ended in murder, suicide, or insanity. But now, a new investigation has been launched, bringing four strangers to Belasco House in search of the ultimate secrets of life and death. A wealthy publisher, brooding over his impending death, has paid a physicist and two mediums to establish the facts of life after death once and for all. For one night, they will investigate the Belasco House and learn exactly why the townfolks refer to it as the Hell House. Hell House, which inspired the 1973 film The Legend of Hell House, is Matheson's most frightening and shocking book, and an acknowledged classic of the genre.

Misery Chastain was dead. Paul Sheldon had just killed her - with relief, with joy. Misery had made him rich; she was the heroine of a string of bestsellers. And now he wanted to get on to some real writing. That's when the car accident happened, and he woke up in pain in a strange bed. But it wasn't the hospital. Annie Wilkes had pulled him from t...

What Dreams May Come

What Dreams May Come

What happens to us after we die? Chris Nielsen had no idea, until an unexpected accident cut his life short, separating him from his beloved wife, Annie. Now Chris must discover the true nature of life after death. But even Heaven is not complete without Annie, and the divided soul mates will do anything to reach each other across the boundaries be...

Inch by inch, day by day, Scott Carey is getting smaller. Once an unremarkable husband and father, Scott finds himself shrinking with no end in sight, the result of exposure to a radioactive cloud. He becomes a national spectacle, a freak that is bullied by teenagers and disrespected by everyone. His wife and family turn into unreachable giants, th...

Awake in the dead zone and awake to a nightmare. Recoil in horror as you are touched by a young man cursed with the power to perceive the evil in men's souls. And whose ability to see into the future forces him into a terrifying confrontation with a charismatic, power-hungry and infinitely dangerous man.

A collection of short stories by an award-winning master of horror and suspense. In The Poppet a faceless wooden doll holds the secret to a chilling curse . In Hell in the Cathedral, a bunch of tourists are marooned at the mercy of a voracious sea-beast . In The Baleful Dead an ageing heavy metal band reunite at a lonely mansion, unaware of the blo...

Most people ignored the outrageous reports on the news. But they became too frequent, they became too real. And soon, they began happening down the street. Then the Internet died. The television and radio went silent. The phones stopped ringing. And we couldn't look outside anymore. Malorie raises the children the only way she can; indoors. The hou...

Mire House is dreary, dark, cold and infested with midges. But when Emma Dean inherits it from a distant relation, she immediately feels a sense of belonging. It isn't long before Charlie Mitchell, grandson of the original owner, appears claiming that he wants to seek out his family. But Emma suspects he's more interested in the house than his long...

I Am Legend and Other Stories

I Am Legend and Other Stories

In I Am Legend, a terrible plague has decimated the world, and those who were unfortunate enough to survive are transformed into blood-thirsty creatures of the night. Robert Neville is the last living man on earth. Every other man, woman, and child has become a vampire, and they are all hungry for Neville's blood. By day, he is the hunter, stalking...

The year is 1918. Alex White, a young American soldier recently wounded in the Great War, comes to Gatford to escape his troubled past. The pastoral English village seems the perfect spot to heal his wounded body and soul, but the neighboring woods are said to be haunted by capricious, even malevolent, spirits. He is warned to steer clear of the wo...