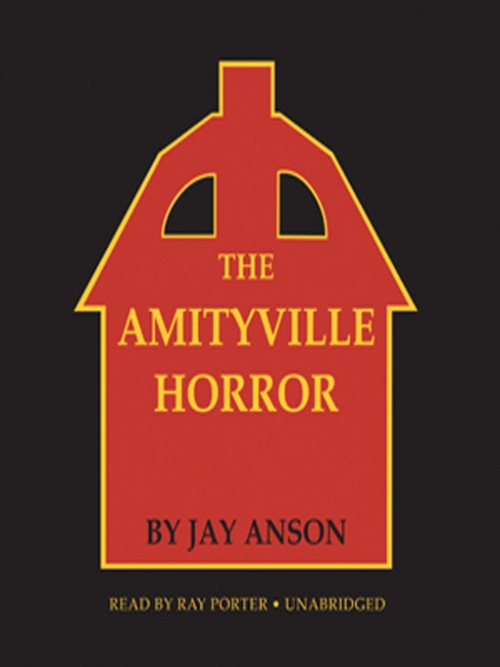 
In December 1975, the Lutz family moved into their new home on suburban Long Island. George and Kathleen Lutz knew that, one year earlier, Ronald DeFeo had murdered his parents, brothers, and sisters in that house. But the propertycomplete with boathouse and swimming pooland the price were too good to pass up. Twenty-eight days later, the entire Lutz family fled in terror. This is the spellbinding, best-selling true story that gripped the nation, the story of a house possessed by evil spirits, haunted by psychic phenomena almost too terrible to describe.

Awake in the dead zone and awake to a nightmare. Recoil in horror as you are touched by a young man cursed with the power to perceive the evil in men's souls. And whose ability to see into the future forces him into a terrifying confrontation with a charismatic, power-hungry and infinitely dangerous man.

Robert Glenister and Ian McDiarmid star in a gripping BBC Radio 4 dramatisation of William Peter Blatty's classic horror novel. 'When a radio play is this good, the devil really is in the details' Radio Times Summoned to a case of apparent possession, Father Karras is at first sceptical, then horrified. The victim -a 12-year-old girl named Regan -...

In the winter of 1952, Isabel Carey moves to Yorkshire with her husband Philip, a GP. With Philip spending long hours on call, Isabel finds herself isolated and lonely. Woken by intense cold one night, she discovers an old RAF greatcoat in the back of a cupboard. Sleeping under it for warmth, she starts to dream. And not long afterwards, she is sta...

Mire House is dreary, dark, cold and infested with midges. But when Emma Dean inherits it from a distant relation, she immediately feels a sense of belonging. It isn't long before Charlie Mitchell, grandson of the original owner, appears claiming that he wants to seek out his family. But Emma suspects he's more interested in the house than his long...

For over twenty years, Belasco House has stood empty. Regarded as the Mt. Everest of haunted houses, its shadowed walls have witnessed scenes of unimaginable horror and depravity. All previous attempts to probe its mysteries have ended in murder, suicide, or insanity. But now, a new investigation has been launched, bringing four strangers to Belasc...

Carrie White is no ordinary girl. Carrie White has the gift of telekinesis.To be invited to Prom Night by Tommy Ross is a dream come true for Carrie - the first step towards social acceptance by her high school colleagues. But events will take a decidedly macabre turn on that horrifying and endless night as she is forced to exercise her terrible gi...

Misery Chastain was dead. Paul Sheldon had just killed her - with relief, with joy. Misery had made him rich; she was the heroine of a string of bestsellers. And now he wanted to get on to some real writing. That's when the car accident happened, and he woke up in pain in a strange bed. But it wasn't the hospital. Annie Wilkes had pulled him from t...

Most people ignored the outrageous reports on the news. But they became too frequent, they became too real. And soon, they began happening down the street. Then the Internet died. The television and radio went silent. The phones stopped ringing. And we couldn't look outside anymore. Malorie raises the children the only way she can; indoors. The hou...

A collection of short stories by an award-winning master of horror and suspense. In The Poppet a faceless wooden doll holds the secret to a chilling curse . In Hell in the Cathedral, a bunch of tourists are marooned at the mercy of a voracious sea-beast . In The Baleful Dead an ageing heavy metal band reunite at a lonely mansion, unaware of the blo...