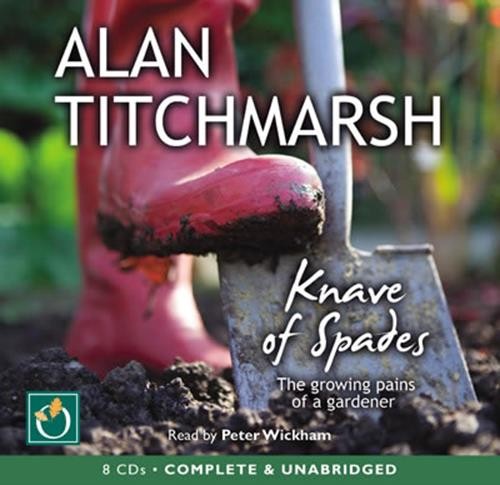 
When Alan left school at fifteen little was expected of him. An 'O' level in art is not the most obvious passport to success, but in the ancient greenhouses of the local nursery, Mrs T's little lad found his spiritual home, learning his trade and the strange ways of human nature. But the comfort and familiarity of his home in the Yorkshire Dales would soon be left behind as he journeyed south to college and then to Kew Gardens where he encountered rare plants collected by Captain Cook and a varied assortment of eccentrics in the world's most famous garden. Spells as a teacher and editor followed, until fate took a hand when he landed a job on BBC's Nationwide as their gardening presenter. His childhood dream of inheriting the mantle of gardening god Percy Thrower was beginning to come true ... From the first faltering steps in radio and television, to a career in broadcasting and writing, Knave of Spades is a wonderfully warm and self-deprecatingly honest memoir. Alan Titchmarsh shows us just why he has become not only our favourite gardener, but a popular writer and broadcaster too.

Alan Titchmarsh is known to millions through the popular BBC TV programmes 'Ground Force' and 'Gardener's World' and now you can enjoy an evening with the Gardening Broadcaster of the Year. Alan talks about his life and career, tells hilarious behind-the-scenes anecdotes, reads some of his favourite stories and poems - and, of course, gives useful...

Will Elliott is out of a job. The lighthouse he's been manning on Prince Albert Rock, off the wild Cornish coast, is about to become automated. So Will decides to fulfil his lifelong ambition - to sail round the coastline of Britain. Determined to continue his solitary existence, Will begins his preparations for his epic voyage. But before he has t...

As war rages across Europe, one young woman faces an impossible choice. Will she save her country...or the man she loves? It is the late 1930s. In London, socialite Rosamund Hanbury is determined to give up the parties and social sets of which she is a prominent member to join the war effort, along with scores of other young women. After a stint at...

It seems a perfect afternoon in the Highlands. Standing at the door of the lochside castle that has been his family's home for generations, Charlie Stuart welcomes his guests to the annual summer drinks party. Conversation, laughter and the clinking of glasses soon fill the air as friends and neighbours come together to toast the laird's happiness...

Timothy Gandy has kept his lifetime's ambition secret for forty years. Now, suddenly (if tragically) released from the hen-pecked tedium of his ordinary existence, he is unexpectedly free to realize his dreams. He will embark on a Grand Tour of Europe, following in the footsteps of the aristocrats of the eighteenth century. He anticipates high art,...