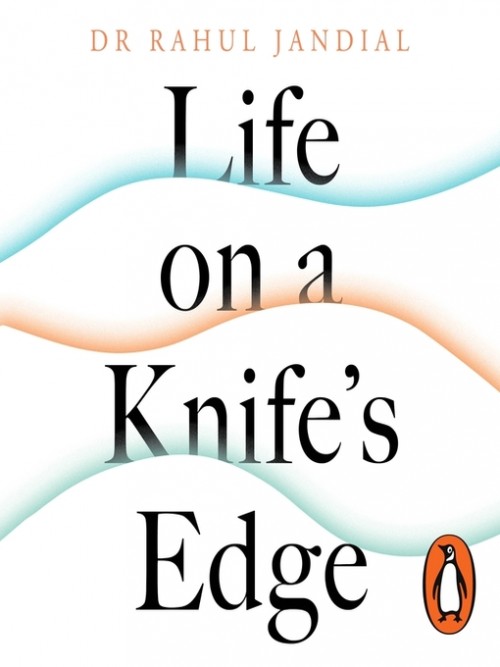 Life on a Knife's Edge


When Dr Rahul Jandial operated on Karina, an eleven-year-old girl whose spinal cord was splitting in two, he had to make an impossible decision. He followed his head over his gut and Karina was left permanently paralysed, altering both patient and surgeon's lives for ever. This decision would haunt Rahul for decades, a constant reminder of the fine line between saving and damaging a life.
As one of the world's leading brain surgeons, Rahul is the last hope for patients with extreme forms of cancer. In treating them, he has observed humanity at its most raw and most robust. He has journeyed to unimaginable extremes with them, guiding them through the darkest moments of their lives.
Life on a Knife's Edge is Rahul's beautifully written account of the resilience, courage and belief he has witnessed in his patients, and the lessons about human nature he has learned from them. It is about the impossible choices he has to make, and the fateful consequences he is forced to live with.
From challenging the ethics of surgical practices, to helping a patient with locked-in syndrome communicate her dying wish to her family, Rahul shares his extraordinary experiences, revealing the depths of a surgeon's psyche that is continuously pushed to its limits.