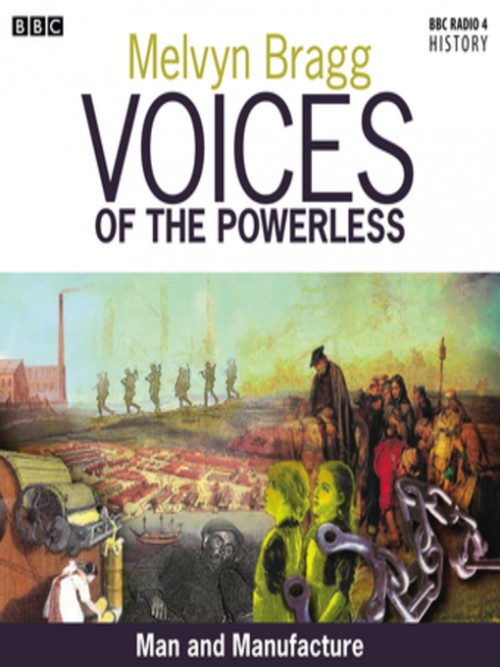 
In this episode taken from the BBC Radio 4 series, Melvyn Bragg is in urban Lancashire to explore the warp and weft of the Industrial Revolution-how the upheavals of the new mechanisation affected workers who found their traditional trades, like hand-loom weaving, superseded and marginalised by the growth of industrialisation and mechanisation. He looks in particular at the way children were used in both the new trades and in the traditional world of agriculture. Using the hundreds of first-hand accounts by ordinary and often impoverished workers, who found themselves frequently thrown out of work at the whim of the mill-owner or a shortage of raw materials, and who trudged literally hundreds of miles in search of work, Melvyn Bragg hears, in the true voice of the powerless, the way the Industrial Revolution fashioned men's and women's lives.