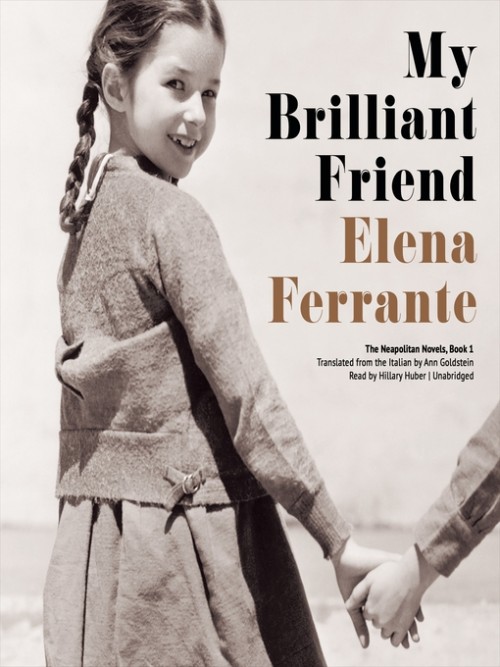 
A modern masterpiece from one of Italy's most acclaimed authors, My Brilliant Friend is a rich, intense, and generous-hearted story about two friends, Elena and Lila, who represent the story of a nation and the nature of friendship. The story begins in the 1950s in a poor but vibrant neighborhood on the outskirts of Naples. Growing up on these tough streets, the two girls learn to rely on each other ahead of anyone or anything else. As they grow-and as their paths repeatedly diverge and converge-Elena and Lila remain best friends whose respective destinies are reflected and refracted in the other. They are likewise the embodiments of a nation undergoing momentous change. Through the lives of these two women, Ferrante tells the story of a neighborhood, a city, and a country as it is transformed in ways that, in turn, also transform the relationship between her protagonists.

The Story of a New Name follows Elena Ferrante's critically acclaimed My Brilliant Friend, featuring Lila and Elena. The two protagonists are now in their twenties, and marriage appears to have imprisoned Lila. Meanwhile, Elena continues her journey of self-discovery. These young women share a complex and evolving bond that brings them close at tim...

An edgy tale of mixed feelings and motherhood by the New York Times bestselling author of My Brilliant Friend Leda, a middle-aged divorc&eacute;e, is alone for the first time in years after her two adult daughters leave home to live with their father in Toronto. Enjoying an unexpected sense of liberty, she heads to the Ionian coast for a vacation....