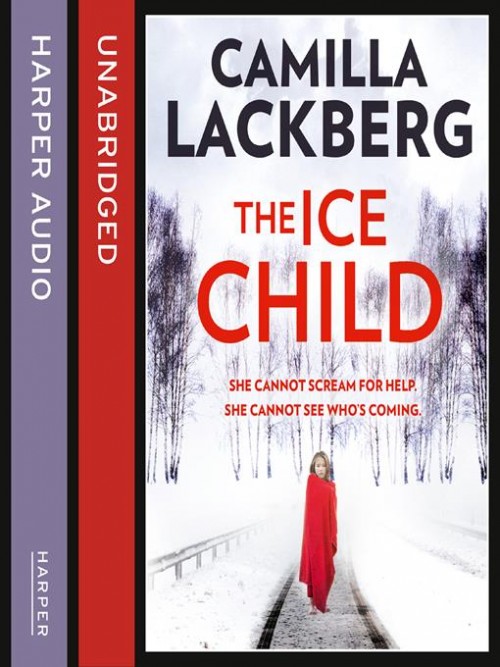 
January, Fj„llbacka. A seminaked girl wanders through the woods in freezing cold weather. When she finally reaches the road, a car comes out of nowhere. It doesn't manage to stop. By the time Detective Patrik Hedstr”m receives word of the accident, the girl has already been identified. Four months ago she disappeared on her way home from the local riding school, and no one has seen her since. It quickly becomes clear that she has been subjected to unimaginably brutal treatment. And it's likely she's not the only one. Meanwhile, Patrik's wife, crime writer Erica Falck, is looking into an old case - a family tragedy that led to a man's death. His wife was convicted of murder, but Erica senses that something isn't right. What is the woman hiding? As Erica digs deeper, the past starts to cast a shadow over the present, and Patrik is forced to see his investigation in a whole new light.

Returning to her hometown after the funeral of her parents, writer Erica Falck finds a community on the brink of tragedy. The death of her childhood friend, Alex, is just the beginning. Her wrists slashed, her body frozen in an ice cold bath, it seems that she has taken her own life. Erica conceives a memoir about the beautiful but remote Alex, one...

Crime writer Erica Falck is shocked to discover a Nazi medal among her late mother's possessions. Haunted by a childhood of neglect, she resolves to dig into her family's past to discover why. Her enquiries lead her to a retired history teacher, but her questions are met with evasive answers. Two days later he meets a violent death. Detective Patri...

The remote resort of Fjallbacka has seen its share of tragedy, though perhaps none worse than that of the little girl found in a fisherman's net. But the post-mortem reveals that this is no accidental drowning. Local detective Patrik Hedstrom has just become a father. It is his grim task to discover who could be behind the methodical murder of a ch...

In the fishing community of Fjallbacka, life is remote, peaceful - and for some, tragically short. Foul play was always suspected in the disappearance twenty years ago of two young holidaymakers in the area. Now a young boy out playing has confirmed this grim truth. Their remains, discovered with those of a fresh victim, send the town into shock. L...