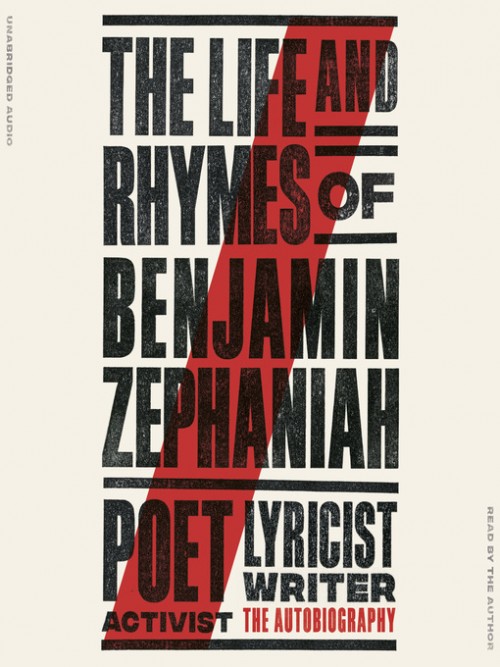 The Life and Rhymes of Benjamin Zephaniah


Benjamin Zephaniah, who has travelled the world for his art and his humanitarianism, now tells the one story that encompasses it all: the story of his life. In the early 1980s when punks and Rastas were on the streets protesting about unemployment, homelessness and the National Front, Benjamin's poetry could be heard at demonstrations, outside police stations and on the dance floor. His mission was to take poetry everywhere, and to popularise it by reaching people who didn't read books. His poetry was political, musical, radical and relevant. By the early 1990s, Benjamin had performed on every continent in the world (a feat which he achieved in only one year) and he hasn't stopped performing and touring since. Nelson Mandela, after hearing Benjamin's tribute to him while he was in prison, requested an introduction to the poet that grew into a lifelong relationship, inspiring Benjamin's work with children in South Africa. Benjamin would also go on to be the first artist to record with The Wailers after the death of Bob Marley in a musical tribute to Nelson Mandela. The Life and Rhymes of Benjamin Zephaniah is a truly extraordinary life story which celebrates the power of poetry and the importance of pushing boundaries with the arts.

Cutting-edge performance poet Benjamin Zephaniah has written poems about 13 children from all over Britain who come from a whole range of different backgrounds. This is the rhyming, rapping, rhythmic way to learn about Britain in the 21st Century!

Brought to you by Penguin. Enter the crazy world of rap poet Benjamin Zephaniah! Funky Turkeys is the first audio edition of Benjamin Zephaniah's poetry collection for children - playful, clever and provocative - this is performance poetry on the page at its very best. An unconventional collection of straight-talking poems about heroes, revolutions...

Rico knows to stay away from trouble as best he can. But he's angry and frustrated at the injustices he sees happening at home and around the world. He wants to do something-but what? When he is approached by Speech, a mysterious man who shares Rico's hacktivist interests, Rico is given the perfect opportunity to speak out. After all, what harm can...

Life is not safe for Alem, His father is Ethiopian, his mother Eritrean - and with both countries at war, he is welcome in neither place. So his father does an astonishing thing, which at first appears callous, but is in fact the ultimate gift of love from a parent to a child. This audio book also features an exclusive commentary by the author, in...