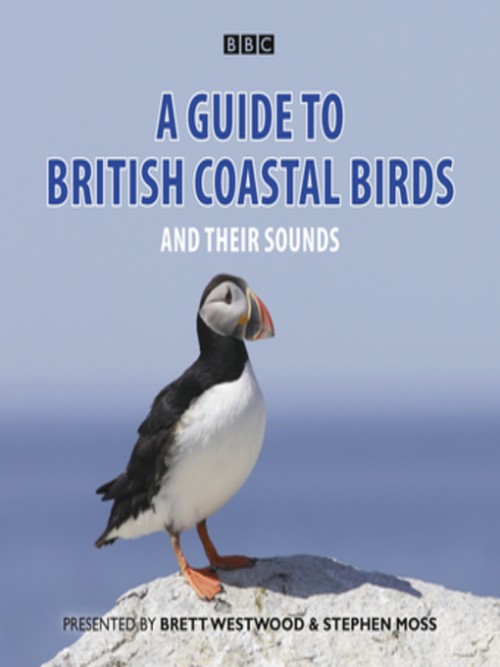 A Guide To British Coastal Birds and Their Sound


oin Brett Westwood and Stephen Moss in this fascinating guide to the sounds of our most popular coastal birds, as heard on BBC Radio 4. In the fourth of our series of bird guides, Brett Westwood is joined by keen birdwatcher Stephen Moss on the north coast of Devon, and with the help of wildlife sound recordist Chris Watson they offer a practical and entertaining guide to identifying many of the birds you're likely to see and hear around Britain's coastline. Each programme focuses on a different habitat, starting with estuaries and birds such as Redshank, Dunlin, Curlew and Knot, then sandy shores and birds including Common and Sandwich Tern; rocky shores (Rock Pipit, Turnstone), sea cliffs (Fulmar, Guillemot, Razorbill), and offshore islands (Puffin, Manx Shearwater and Arctic Tern). Listen to advice on how to recognise birds visually and how to identify them from their calls and songs. After all, often you're more likely to hear a bird than see it!

A Guide To British Farmland Birds

A Guide To British Farmland Birds

Join Brett Westwood and Stephen Moss in this absorbing guide to the sounds of our most popular farmland birds, as heard on BBC Radio 4. In the fifth of our series of bird guides, Brett Westwood is joined once again by enthusiastic birdwatcher Stephen Moss, and with the help of recordings made by wildlife sound recordist Chris Watson they present th...

Epidemiologist Steffanie Strathdee and her husband, psychologist Tom Patterson, were vacationing in Egypt when Tom came down with a stomach bug. What at first seemed like a case of food poisoning quickly turned critical, and by the time Tom had been transferred via emergency medevac to the world-class medical center at UC San Diego, where both he a...

Recorded on location in the Somerset Levels, in the garden of keen birdwatcher, writer and broadcaster Stephen Moss, A Guide to Garden Birds is a helpful, practical guide to help you sort out your Blue tits from your Great Tits and your hedge sparrows from your tree sparrows. Joining Brett and Stephen is wildlife sound recordist, Chris Watson armed...