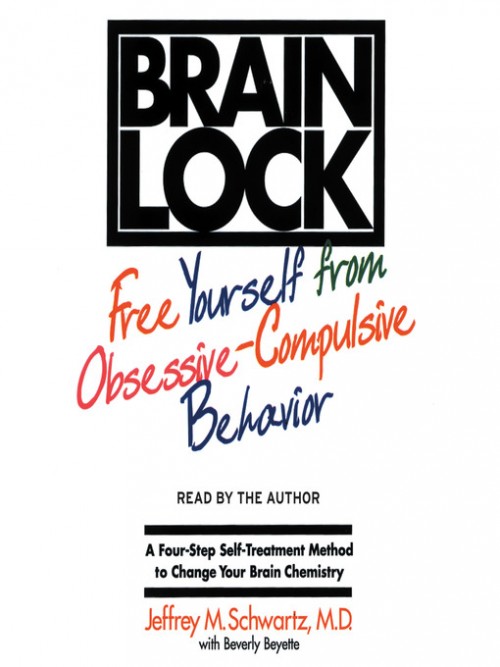 
The 20th anniversary edition of the definitive classic on defeating obsessive-compulsive behavior, with all-new material from the author. An estimated 5 million Americans suffer from obsessive-compulsive disorder (OCD) and live diminished lives in which they are compelled to obsess about something or to repeat a similar task over and over. Traditionally, OCD has been treated with Prozac or similar drugs. The problem with medication, aside from its cost, is that 30 percent of people treated don't respond to it, and when the pills stop, the symptoms invariably return. In Brain Lock, Jeffrey M. Schwartz, M.D., presents a simple four-step method for overcoming OCD that is so effective, it's now used in academic treatment centers throughout the world. Proven by brain-imaging tests to actually alter the brain's chemistry, this method doesn't rely on psychopharmaceuticals. Instead, patients use cognitive self-therapy and behavior modification to develop new patterns of response to their obsessions. In essence, they use the mind to fix the brain. Using the real-life stories of actual patients, Brain Lock explains this revolutionary method and provides readers with the inspiration and tools to free themselves from their psychic prisons and regain control of their lives.

Brought to you by Penguin. All the best cleaning tips to shine your sink and soothe your soul. Discover how to transform your home. Cleaning doesn't have to be that job you dread. Not when Mrs Hinch is here to show you her sparkly ways! Mrs Hinch has taken the nation by storm with her infectiously addictive charm, clever cleaning hacks and her pass...

Penguin presents the audiobook edition of Love for Imperfect Things by Haemin Sunim, read by Raymond Lee. No one is perfect. But that doesn't stop us from imagining ourselves smarter, funnier, richer, or thinner, and how much happier we would then be. Love for Imperfect Things, by the bestselling Korean monk, Haemin Sunim, shows how the path to hap...

This introduction to massage therapy includes the history of massage, basics of anatomy, physiology and the basic structure and function of the human body. Here is a preview of what you'll learn... The Soothing Secrets of Massage Oil The Common Types of Massage Therapy Thai Massage Therapy at a Closer Look Shower Massage and its Power Massage...