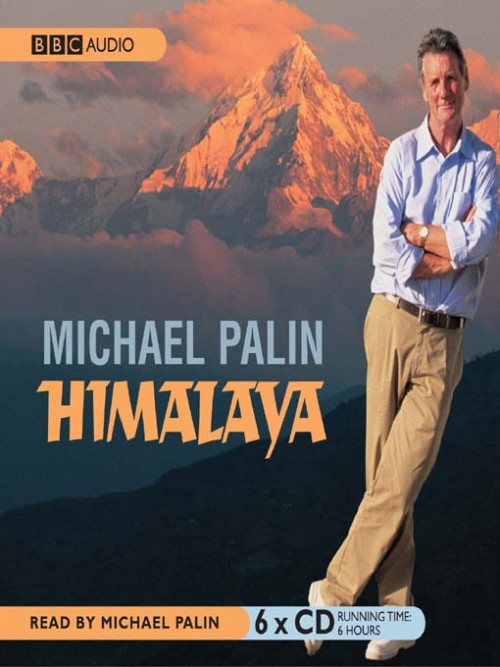 
Winner of a Silver Award for best Non-Fiction at the Spoken Word Awards 2005 Michael Palin reads his own entertainingly written account of his journey accross the countries of the Himalayas, accompanying a major BBC TV series in 2004. In his most challenging journey to date, Palin tackles the Himalayas, the greatest mountain range on earth. It is a virtually unbroken wall of rock stretching 1800 miles from the borders of Afghanistan to south-west China. Penetrated but never conquered, it remains the world's most majestic natural barrier, a magnificent wilderness that shapes the history and politics of Asia to this day. Having previously risen to the challenge of seas, poles, dhows and deserts, the highest mountains in the world were a natural target for Michael Palin. In a journey rarely, if ever, attempted before,in 6 months of hard travelling Palin takes on the full length of the Himalaya including the Khyber Pass, the hidden valleys of the Hindu Kush, ancient cities like Peshawar and Lahore, the mighty peaks of K2, Annapurna and Everest, the bleak and barren plateau of Tibet, the gorges of the Yangtze, the tribal lands of the Indo-Burmese border and the vast Brahmaputra delta in Bangladesh. He also passes through political flashpoints including Pakistan's remote north-west frontier, terrorist-torn Kashmir and the mountains of Nagaland.

Brazil is one of the four new global super powers with its vast natural resources and burgeoning industries. Half a continent in size and a potent mix of races, religions and cultures, of unexplored wildernesses and bustling modern cities, it is also one of the few countries Michael Palin has never fully travelled. In a new series for BBC1 - his fi...

This beautifully-packaged book will take the reader on the slow train to another era when travel meant more than hurrying from one place to the next, the journey meaning nothing but time lost in crowded carriages, condemned by broken timetables. On the Slow Train will reconnect with that long-missed need to lift our heads from the daily grind and r...