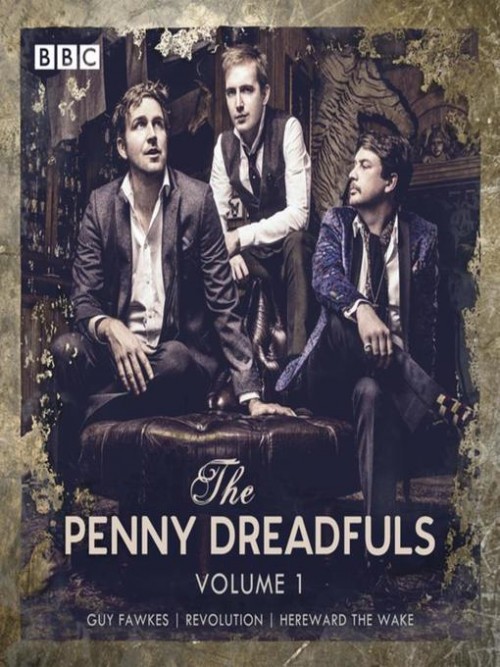 
The Penny Dreadfuls examine the life of Guy Fawkes, undertake a satirical version of the French Revolution and turn their comic eye towards Hereward the Wake The Penny Dreadfuls - Humphrey Ker, David Reed and Thom Tuck - are a comedy trio who specialise in retelling historical events in their own, inimitable way. In these riotous revisionist plays, they present alternative takes on three famous tales, ably assisted by guests including Margaret Cabourn-Smith, Marek Larwood, Justin Edwards, Miles Jupp, Richard E Grant, and Sally Hawkins. Guy Fawkes: What exactly are we supposed to remember on the 5th of November? The Penny Dreadfuls take a fresh look at the build-up to and aftermath of the Gunpowder Plot. Starring Kevin Eldon as Guy. Revolution: The Penny Dreadfuls tell the epic story of the French Revolution - including the execution of the King and the slaughter of thousands at the guillotine - in just one hour, with jokes. Starring Richard E Grant as Robespierre and Sally Hawkins as Marie-Therese. Hereward the Wake: Why has this Englishman, responsible for leading the fight against the occupation of William The Conqueror, been forgotten? The Penny Dreadfuls explain how the story didn't end when they ran out of embroidery cotton on the Bayeux Tapestry... Produced by Julia McKenzie.

The French Revolution was one of the most far-reaching social and political upheavals in modern history spanning 10 years and involving the execution of the King, collapse of monarchy and slaughter of thousands at the guillotine. Starring Richard E Grant and Sally Hawkins, comedy trio The Penny Dreadfuls will attempt to tell the epic story of the R...