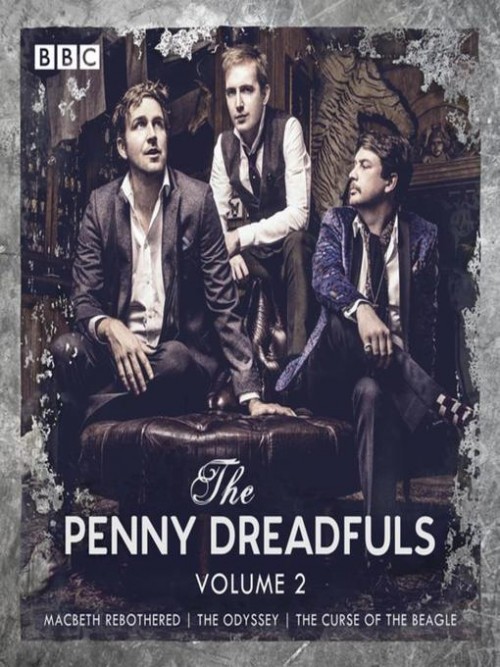 
Comedy trio The Penny Dreadfuls recount the story of the much-maligned Macbeth, revisit Odysseus' epic journey and reveal the truth behind Darwin's famous voyage The Penny Dreadfuls - Humphrey Ker, David Reed and Thom Tuck - are a comedy trio who specialise in retelling historical events in their own, inimitable way. In these riotous revisionist plays, they present alternative takes on three famous tales, ably assisted by guests including Margaret Cabourn-Smith, Lolly Adefope, Robert Webb and Susan Calman. Macbeth Rebothered: It's the Scottish Play, but not as we know it: The Penny Dreadfuls present a rebooted version of the classic story that paints the noble King in a very different light. Starring Greg McHugh as Macbeth and Susan Calman as the Narrator. The Odyssey: The Penny Dreadfuls take on Homer's tale of Odyseuss's epic journey home from the Trojan Wars and the incredible monsters and enchantress he encounters en route. Starring Robert Webb as Odysseus. The Curse of the Beagle: In 1831, a 22-year-old Charles Darwin set sail on HMS Beagle for a five-year voyage that changed the course of his life. He later published his stories of the trip, but in this reimagining The Penny Dreadfuls uncover the untold story that Darwin kept to himself. Produced by Julia McKenzie.

The French Revolution was one of the most far-reaching social and political upheavals in modern history spanning 10 years and involving the execution of the King, collapse of monarchy and slaughter of thousands at the guillotine. Starring Richard E Grant and Sally Hawkins, comedy trio The Penny Dreadfuls will attempt to tell the epic story of the R...