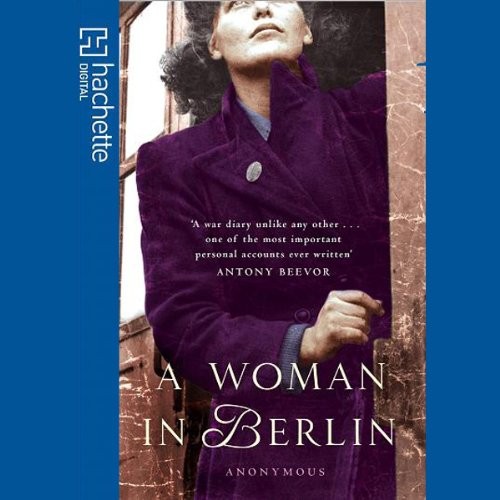 A Woman In Berlin


From April 20th, 1945, the day when Berlin first saw the face of war, until June 22nd, when it was sacked by the Russian Army, the anonymous author of 'A Woman in Berlin' captured the stark reality of life within the falling city. Fending off the boredom and deprivation of hiding, the author recorded her experiences, observations and meditations in this vivid diary. Accounts of the bombing, the rapes, the rationing of food and the overwhelming terror of death are rendered in the dispassionate, though determinedly optimistic prose of a woman fighting for survival amidst the horror and inhumanity of war.

I Will Finish With the Story of A Good Cat

I Will Finish With the Story of A Good Cat

A short overture to the value of trusty animal friends, that also incorporates some historical interest and is a warming closer and thinking-point taken from CSA Word's 'Cats' collection'.