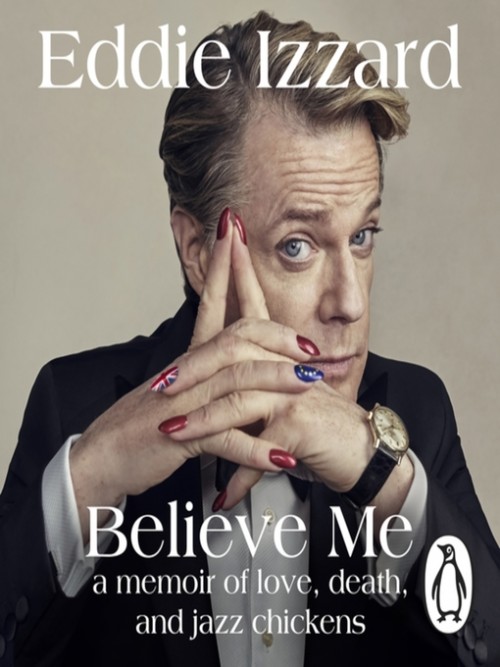 Believe Me: A Memoir of Love, Death and Jazz Chickens


A memoir of love, death and jazz chickens, Eddie Izzard's fabulous Believe Me is his one and only autobiography . . . 'I know why I'm doing all this,' I said. 'Everything I do in life is trying to get her back. I think if I do enough things . . . that maybe she'll come back.' When Eddie Izzard was six, he and his brother Mark lost their mother. That day, he lost his childhood too. Despite or perhaps because of this, he has always felt he needed to take on things that some people would consider impossible. In Believe Me, Eddie takes us on a journey which begins in Yemen (before the revolution), then takes us to Northern Ireland (before The Troubles), England and Wales, then across the seas to Europe and America. In a story jam-packed with incidents he tells of teddy bear shows on boarding school beds, renouncing accountancy for swordfighting on the streets of London and making those first tentative steps towards becoming an Action Transvestite, touring France in French and playing the Hollywood Bowl. Above all, this is a tale about someone who has always done everything his own way (which often didn't work at first) and, sometimes almost by accident but always with grit and determination, achieving what he set out to do. Brimming with the surreal humour and disarming candor of his shows (with occasional digressions), Believe Me tells the story of a little boy who lost his mother yet who has risen to become a star of comedy and drama, a leading advocate of total clothing rights, a British European and extreme runner of marathons, who bestrides the world stage as a world stage bestrider.