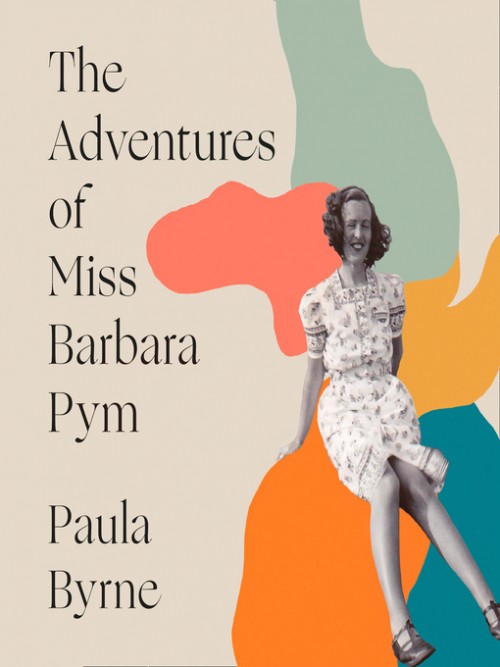 
'Captures both Barbara and her writing so miraculously' JILLY COOPER Picked as a Book to Look Forward to in 2021 by the Guardian, The Times and the Observer A Radio 4 Book of the Week, April 2021 Barbara Pym became beloved as one of the wittiest novelists of the late twentieth century, revealing the inner workings of domestic life so brilliantly that her friend Philip Larkin announced her the era's own Jane Austen. But who was Barbara Pym and why was the life of this English writer – one of the greatest chroniclers of the human heart – so defined by rejection, both in her writing and in love? Pym lived through extraordinary times. She attended Oxford in the thirties when women were the minority. She spent time in Nazi Germany, falling for a man who was close to Hitler. She made a career on the Home Front as a single working girl in London's bedsit land. Through all of this, she wrote. Diaries, notes, letters, stories and more than a dozen novels – which as Byrne shows more often than not reflected the themes of Pym's own experience: worlds of spinster sisters and academics in unrequited love, of powerful intimacies that pulled together seemingly humble lives. Paula Byrne's new biography is the first to make full use of Barbara Pym's archive. Brimming with new extracts from Pym's diaries, letters and novels, this book is a joyous introduction to a woman who was herself the very best of company. Byrne brings Barbara Pym back to centre stage as one of the great English novelists: a generous, shrewdly perceptive writer and a brave woman, who only in the last years of her life was suddenly, resoundingly recognised for her genius.

This is the story of Dido Belle, whose adoption by an aristocratic family challenged the conventions of 18th century England Dido Belle was the illegitimate, mixed-race daughter of a Royal Navy captain and a slave woman, adopted by the Earl of Mansfield. As Lord Chief Justice of England he would preside over the drowning of 142 slaves by a shipping...

A radical look at Jane Austen As you've never seen her &ndash; as a lover of farce, comic theatre and juvenilia. The Genius of Jane Austen celebrates Britain's favourite novelist 200 years after her death and explores why her books make such awesome movies, time after time. Jane Austen loved the theatre. She learned much of her art from a long trad...

One of the most flamboyant women of the late 18th century, Mary Robinson's life was marked by reversals of fortune. After being raised by a middle-class father, Mary was married, age 14, to Thomas Robinson. His dissipated lifestyle landed the couple and their baby in debtor's prison, where Mary wrote her first book of poetry and met lifelong friend...