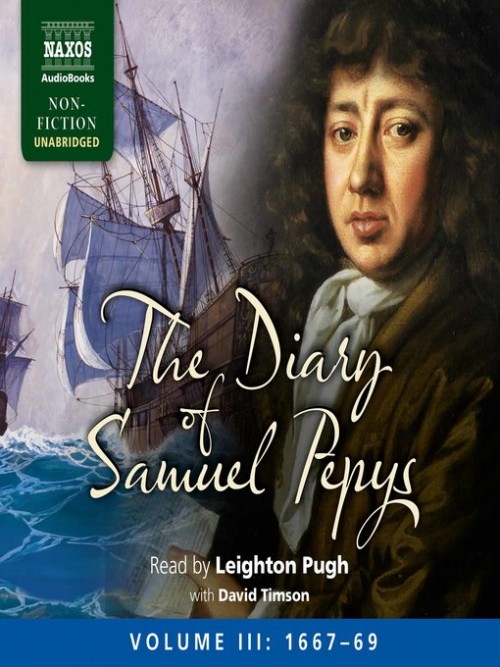 
The Diary of Samuel Pepys is one of the most entertaining documents in English history. Written between 1660 and 1669, as Pepys was establishing himself as a key administrator in the Navy Office, it is an intimate portrait of life in 17th-century England, covering his professional and personal activities, including, famously, his love of music, theatre, food, wine and his peccadilloes. This Naxos AudioBooks production is the world-premiere recording of the diary in its entirety. It has been divided into three volumes. Volume III presents the last three years of Pepys's diary. By now he is in his mid-thirties and confident in his ability to deal with differing political factions within the Navy Office. His affection for his wife Elizabeth grows ever stronger despite his wandering eyes, and he finds he is worth œ6,000 and more - a considerable sum for the son of a tailor who started with nothing. He becomes increasingly concerned about his sight, and it is with some regret that he stops writing his diary at the end of May 1669.

The Diary of Samuel Pepys is one of the most entertaining documents in English history. Written between 1660 and 1669, as Pepys was establishing himself as a key administrator in the naval office, it is an intimate portrait of life in 17th-century England covering his professional and personal activities, including, famously, his love of music, the...