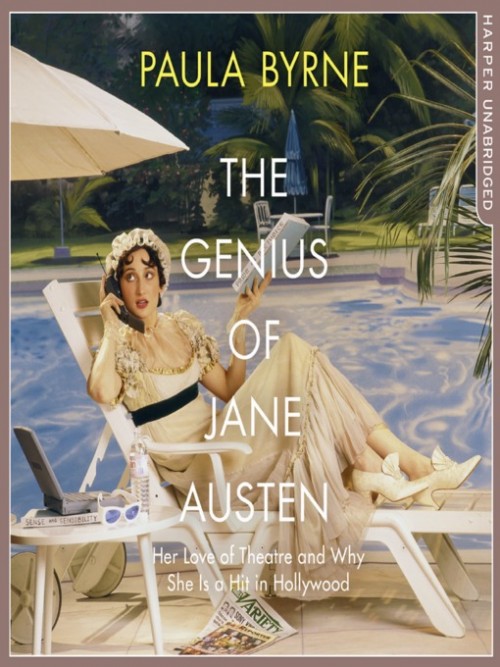 
A radical look at Jane Austen As you've never seen her – as a lover of farce, comic theatre and juvenilia. The Genius of Jane Austen celebrates Britain's favourite novelist 200 years after her death and explores why her books make such awesome movies, time after time. Jane Austen loved the theatre. She learned much of her art from a long tradition of English comic drama and took joyous participation in amateur theatricals. Her juvenilia, then Sense and Sensibility, Pride and Prejudice, Mansfield Park and Emma were shaped by the arts of theatrical comedy. Her admiration for drama's dialogue, characterisation, plotting, exits and entrances is why she has been dramatised so successfully on screen in the last twenty years – and these versions are at the centre of her continuing fame, culminating in her celebration on £10 note. Austen expert and author of The Real Jane Austen, Paula Byrne looks at stage adaptations of Austen's novels (including one called Miss Elizabeth Bennet by A. A. Milne) to modern classics, including the BBC Pride and Prejudice and Persuasion, Emma Thompson's Sense and Sensibility, and the phenomenally brilliant and successful Clueless, The Genius of Jane Austen presents an Austen not of prim manners and genteel calm, but filled with wild comedy and outrageous behaviour.

'Captures both Barbara and her writing so miraculously' JILLY COOPER Picked as a Book to Look Forward to in 2021 by the Guardian, The Times and the Observer A Radio 4 Book of the Week, April 2021 Barbara Pym became beloved as one of the wittiest novelists of the late twentieth century, revealing the inner workings of domestic life so brilliantly th...

This is the story of Dido Belle, whose adoption by an aristocratic family challenged the conventions of 18th century England Dido Belle was the illegitimate, mixed-race daughter of a Royal Navy captain and a slave woman, adopted by the Earl of Mansfield. As Lord Chief Justice of England he would preside over the drowning of 142 slaves by a shipping...

One of the most flamboyant women of the late 18th century, Mary Robinson's life was marked by reversals of fortune. After being raised by a middle-class father, Mary was married, age 14, to Thomas Robinson. His dissipated lifestyle landed the couple and their baby in debtor's prison, where Mary wrote her first book of poetry and met lifelong friend...