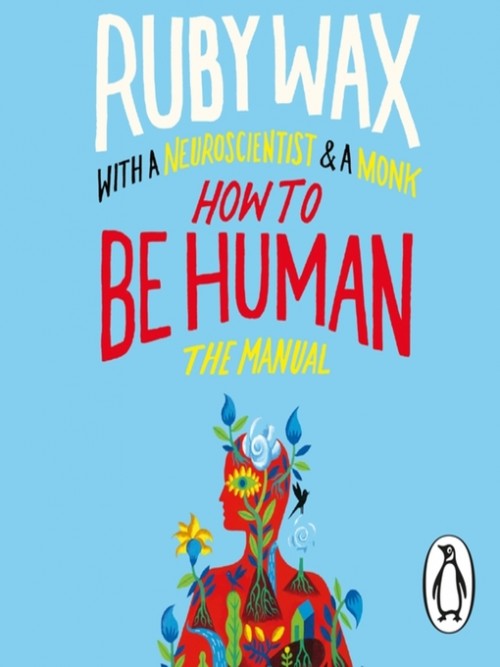 How To Be Human


A three way encounter between a Monk, a neuroscientist and Ruby Wax sounds like the set up for a joke. Instead it's produced one of the most fascinating, intriguing and informative books about minds and bodies and brains and mindfulness I've ever encountered. A triangulation on what it means to be human. Utterly readable and surprisingly wise. Neil Gaiman How to Be Human is, without exaggeration, a lifeline; wise, practical and funny, it is a handbook for those in despair. It is actually for everyone alive, for the curious, or disillusioned or muddled or just plain happy. Ruby, the Monk and the Neuroscientist are today's Magi. Joanna Lumley With this marvellous book, Ruby Wax has confirmed her position as one of the most readable, inspirational and engaging writers in the field of human mental health, happiness and fulfilment. Stephen Fry It took us 4 billion years to evolve to where we are now. No question, anyone reading this has won the evolutionary Hunger Games by the fact you're on all twos and not some fossil. This should make us all the happiest species alive - most of us aren't, what's gone wrong? We've started treating ourselves more like machines and less like humans. We're so used to upgrading things like our iPhones: as soon as the new one comes out, we don't think twice, we dump it. (Many people I know are now on iWife4 or iHusband8, the motto being, if it's new, it's better.) We can't stop the future from arriving, no matter what drugs we're on. But even if nearly every part of us becomes robotic, we'll still, fingers crossed, have our minds, which, hopefully, we'll be able use for things like compassion, rather than chasing what's 'better', and if we can do that we're on the yellow brick road to happiness. I wrote this book with a little help from a monk, who explains how the mind works, and also gives some mindfulness exercises, and a neuroscientist who explains what makes us 'us' in the brain. We answer every question you've ever had about: evolution, thoughts, emotions, the body, addictions, relationships, kids, the future and compassion. How to be Human is extremely funny, true and the only manual you'll need to help you upgrade your mind as much as you've upgraded your iPhone.

Brought to you by Penguin. All the best cleaning tips to shine your sink and soothe your soul. Discover how to transform your home. Cleaning doesn't have to be that job you dread. Not when Mrs Hinch is here to show you her sparkly ways! Mrs Hinch has taken the nation by storm with her infectiously addictive charm, clever cleaning hacks and her pass...

Winnie-the-Pooh has a certain Way about him, a way of doing things that has made him the world's most beloved bear. In The Tao of Pooh, Benjamin Hoff shows that Pooh's Way is amazingly consistent with the principles of living envisioned by the Chinese founders of Taoism. The author's explanation of Taoism through Pooh, and Pooh through Taoism, show...